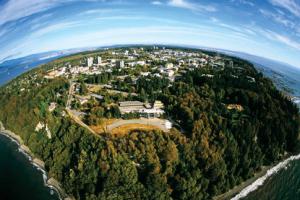 Established in 2012 at the University of British Columbia, and funded by donations from Mr. Peter A. Allard, Q.C., the CAD $100,000 Allard Prize for International Integrity is awarded biennially to an individual, movement or organization that has demonstrated exceptional courage and leadership in combating corruption or protecting human rights, especially through promoting transparency, accountability, and the Rule of Law. The Allard Prize became independent of the Peter A. Allard School of Law at the University of British Columbia on June 21, 2019.

The Allard Prize Faculty Fund, worth CDN $10,000, supported faculty projects related to efforts to support human rights, combat corruption or to promote transparency and/or the rule of law.

2017: The Allard Prize Faculty Fund was awarded to Professor Margot Young to support her research project on the right to adequate housing. Professor Young’s project, undertaken in collaboration with Professor Helen Carr from the University of Kent, examines municipal governments’ response to, and observance of, the right to adequate housing in two cities facing critical housing issues, Vancouver, Canada and London, England. The project utilizes interviews with residents to understand how renters and homeowners perceive the impact of housing rights obligations on their own housing choices, allowing for case study narratives about the rule of international law obligations at the smaller scale of municipal law and policy.

2015: The Allard Prize Faculty Fund was awarded to Assistant Professor Galit Safarty for her project, Evaluating the Effectiveness of Mandatory Disclosure Laws on Human Trafficking in Global Supply, which empirically analyzes the effectiveness of domestic laws to promote supply chain transparency and corporate accountability.

2014: The Allard Prize Faculty Fund was awarded to Professor Wei Cui for his project, China's New Phase of Judicial Reform: Implications for the Rule of Law, which analyzes the judicial reform introduced by the Chinese government in 2013. The study looks at the government’s plans to protect courts from local government interference and initiatives to make the legal process more transparent and evaluates how these changes have impacted development of the Rule of Law. The Allard Prize Faculty Fund was also awarded to Assistant Professor Galit Sarfaty for her project, The Effectiveness of Securities Regulation in Promoting Supply Chain Transparency, which analyzes a U.S. regulation that requires certain companies to exercise due diligence on the source and chain of custody of conflict minerals. The project assesses whether such regulations can be an effective tool in achieving supply chain transparency and the Rule of Law.

The Allard Prize Student Externship Fund, worth CDN $10,000, supported student externships related to efforts to support human rights, combat corruption, or to promote transparency and/or the rule of law.

2017: The Student Externship Fund was awarded to two recipients. The first recipient, Victoria Wicks, participated in two externships, one at the Bingham Centre for the Rule of Law in London, England, and the other at the Max Planck Foundation for International Peace and the Rule of Law in Heidelberg, Germany. The second recipient Joseph (Joey) Doyle, attended the 35th session of the UN Human Rights Council in Geneva in June 2017 on behalf of Vancouver-based NGO, Lawyers’ Rights Watch Canada (LRWC). He also worked with LRWC to develop a report on states’ use of illegitimate charges to prevent and punish human rights advocacy.

2016: The Allard Prize Student Externship Fund was awarded to Sadaf Kashfi. Sadaf worked on two projects. First, a study on compliance with the anti-corruption articles of the ASEAN Convention Against Trafficking in Persons, in conjunction with the WSD Handa Center for Human Rights and International Justice at Stanford and the Human Rights Resource Center office in Manila. Second, research on new developments in the regulatory framework for business compliance in California and implications for corporate human-rights due diligence, in partnership with Global Diligence’s Business and Human Rights Task Force.

2015: The Allard Prize Student Externship Fund was awarded to Shirin Kiamanesh to work as an intern with the Center for the Study and Teaching of Law, a non-profit, independent research centre in Mexico. She assisted with their rule of law project which supported law schools across Mexico to adequately prepare their students to practice law under Mexico's new criminal justice system.

2014: The Allard Prize Student Externship Fund was awarded to Flora Vineberg to attend the 2014 International Caravana of Jurists as a delegate for Lawyers Rights Watch Canada. The Allard Prize Student Externship Fund was also awarded to Samina Ullah to work as an intern for Global Witness in Washington, DC, where she worked on projects aimed at combating corruption in the oil, gas and mining sector.