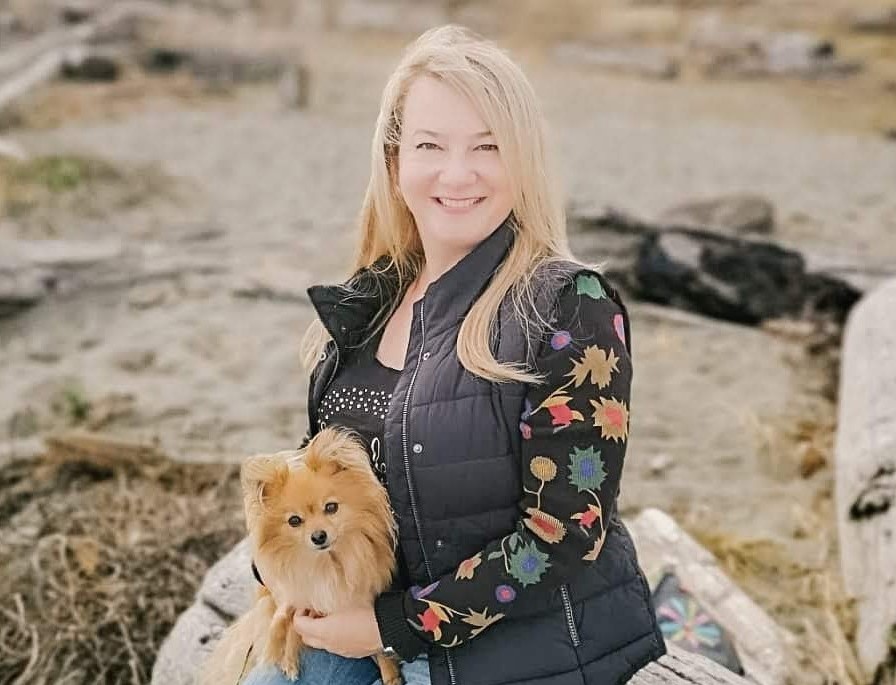 When Marcie Moriarty made the leap from Animal Biology at UBC to her JD at Allard Law, she had no idea she was embarking on a path that would lead to her dream job. Combining her love and compassion for animals with a zest for exacting change through legal processes, Marcie is now the Chief of Protection and Outreach at the BC SPCA.

Marcie ended up at Allard Law on a bit of a whim. While trying to figure out what she wanted to do after her undergraduate degree, she turned to her sister for inspiration – who was then a student at Allard. “I thought to myself, ‘I talk a lot, and law seems like fun!’” Marcie recalls. So, she decided to take the LSAT just 30 days before the exam.  “I was also watching a lot of Ally McBeal,” she adds.

Many Ally McBeal episodes and one book literally entitled 30 Days Before the LSAT later, Marcie found herself at Allard Law. “Obviously, what I’ve decided to pursue since then is a little bit more intentional!” says Marcie.

Her time at Allard Law has even served her well into her animal welfare advocacy career.  She recalls securing a meeting with then-Minister of Justice, Jodi Wilson-Raybould, after making the Allard connection. “She fist-bumped me because we were both Allard grads,” Marcie notes. They also both had Michael Jackson as their small group professor — one of Marcie’s favourite professors. “I have no doubt this was partly why I got a meeting with her.”

Marcie’s path to her current role was not quite as organic. “My life was not all roses in my early legal journey,” she reflects. After thoroughly enjoying her summering and articling positions, she says that not being offered an ongoing role impacted her deeply. “At that moment, the bottom drops out from you, and you feel like an utter failure,” she says.

Marcie was called to the bar in 2003 and practiced at Quinlan Abrioux for two years. While she loved the firm and enjoyed being exposed to different legal practice areas, she couldn’t shake the feeling she was meant for something different. Then, a friend from law school sent her a newspaper clipping for a job as the general manager, cruelty investigations at the BC SPCA. “This is the most perfect job for me ever,” Marcie remembers thinking, but at the time, she felt she wasn’t qualified: “I didn’t even know the BC SPCA enforced animal law,” she admits. But she remained intrigued and began seriously considering career paths she could pursue besides legal practice. In an attempt to learn more about the position, she remembers cold calling Craig Daniell, who was the individual hired on as the GM. “All that was going through my mind at the time was “I want your job!” Marcie says.

“The vast majority of animal cruelty is not intentional. It’s mental health challenges, it’s situational challenges... Sometimes these animals are the only ties keeping people going, and it is heart-wrenching to have to separate them."

A year later when the position opened up as Craig had taken on the CEO role, Marcie didn’t hesitate to apply. Recalling how important it was to be able to explore a non-traditional law role before making the leap, she tries to be equally gracious with her time when students and young lawyers reach out to her out of interest in her career.

Although Marcie doesn’t practice law in her position, she says her legal background remains invaluable — particularly when it comes to advocacy and being able to meaningfully deliberate. She remembers a poignant lesson from law school that she has carried with her – an exercise involving passing judgment on a young individual from Vancouver’s Downtown Eastside. “Many others sentenced him to years in jail, and I remember sending him to an Outward Bound program, looking at where he had come from.” It was a case that left a real impression on Marcie. “The vast majority of animal cruelty is not intentional,” Marcie explains. “It’s mental health challenges, it’s situational challenges. We see that playing out many times. Sometimes these animals are the only ties keeping people going, and it is heart-wrenching to have to separate them,” she reflects.

Although she is guided by the best interests of each animal, Marcie says it’s critical to consider how social, environmental, and welfare issues intersect, and she makes it her mission to see how BC SPCA’s other outreach programs can help: “How can we help with our other programs to keep people and their animals together? Our Food Bank Programs throughout the province or partnerships with BC Housing, for things like pet-friendly housing. That’s what I find really rewarding.”

"For the first time in Canadian history, the federal parties had animal welfare mentioned directly in their platforms. It’s gaining traction, it got into mandate letters, and that’s how you see movement."

Naturally, her job also comes with its share of occupational hazards and challenges. Marcie has witnessed some truly tragic cases of animal cruelty over 17 years, such as in the Whistler Sled Dog case. “You see some of the worst of humanity,” she is solemn in pointing out.  “But, you also see the best of it.” While the role is not without challenges, she has a sense of humour about the perils of her position. “When you make decisions about whether animals get returned or not, people naturally tend to get upset. I’ve been sued unsuccessfully more times than I’d like to confess to,” she says with a laugh.

As the Chair of the Humane Canada’s Board of Directors, Marcie is also working hard to further Canadian laws against animal cruelty and promote animal welfare. One issue at the forefront of her work is consistency in funding for the enforcement of these laws. She is advocating for funding models that ensure animal welfare laws can be adequately enforced. “Currently, there is no consistency in how provincial and criminal animal welfare legislation is resourced in Canada, which is a big problem,” says Marcie.

Another challenge is the lack of clear animal welfare standards for commercial farming. “I think British Columbians would be shocked to know that there is no true third-party auditing system for commercial farms,” she says. However, Marcie is optimistic that better regulations are coming. She notes that during the last election, “for the first time in Canadian history, the federal parties had animal welfare mentioned directly in their platforms. […] It’s gaining traction, it got into mandate letters, and that’s how you see movement.”

Finally, I couldn’t let Marcie go without talking about her own furry friends – Pip and Zorro. Zorro was adopted during the pandemic, but it’s Pip’s story that is truly special for Marcie. Pip was brought over to the SPCA offices by a young woman who was being solicited on Vancouver’s Downtown Eastside: “Pimps give puppies and kittens to control these girls, to threaten them with. This brave young woman decided to go in for drug treatment and chose to turn the puppy over to us. I always think of her, and I wish I could reach out somehow and let her know he has – hopefully – a great life”.