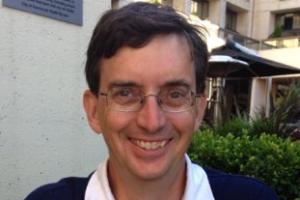 When Professor W. Wesley Pue joined the law school at UBC in 1993, he was the university's first Nathan T. Nemetz Professor of Legal History. He also served at UBC as Director for the Graduate Programme in Law, Associate Dean for Graduate Studies and Research, acting Director of the Individual Interdisciplinary Studies Graduate Program, Vice-Provost (Vancouver Campus), and Provost (Okanagan Campus).

Professor Pue had MA (Geography and Law) (1977) and BA (Jurisprudence) (1979) degrees from Oxford University, an LLM (Administrative Law) (1980) from the University of Alberta, and a PhD (Law) (1989) from Osgoode Hall Law School. He was called to the bars of Alberta and the Northwest Territories in 1981. Before joining the Faculty, he taught at Osgoode Hall Law School, Oklahoma City University, Carleton University and the University of Manitoba. Additionally, Professor Pue has held the position of President of the Canadian Law and Society Association.

Professor Pue’s research and publications was primarily in the fields of legal history, law and society, law and colonialism, constitutionalism, policing, and national security. He was the General Editor for Canada's "Law and Society" book series, published by UBC Press.

The Allard Law History Project is particularly grateful to Professor Pue for his extraordinary contribution to the recorded history of the law school. His book, Law School: The Story of Legal Education in British Columbia (Vancouver: University of British Columbia, Faculty of Law, 1995). [Call Number: KE289 .P83 1995 (LC)] serves as a valuable resource for this project and for other legal historians.

Sadly, Wesley Pue passed away on April 3, 2019 after a long and courageous battle with cancer.